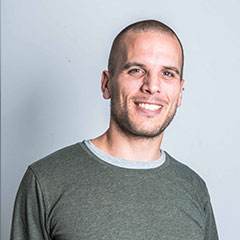 A client of ours has over the years grown into an ERP (Exact Globe) that stores all its data in an MS SQL Server. This by itself is a nice feature; the database structure is stable and documented quite decently, so that, after becoming acquainted with some of the legacy table and column names (e.g. learning that frhkrg really means ‘invoice headers’), information can often be retrieved easily enough. Indeed, this is very useful, for example when connecting the ERP (as we did) to a custom-made webshop, or when setting up communications to other systems by EDI.

However, contrary to what you’d expect with all the data stored in a big-name SQL server, the data can at times be difficult to access due to deadlocks and other locking time-outs. A lot of time has gone into timing various integration tasks (SSIS, cron jobs and the like) such that they do not interfere with each other, while most of these tasks only read from the database, with the exception of a few task-specific tables (which will rarely cause locking issues).

There are some slow functions and views in the database, but it’s running on such a powerful server (24 cores, 200GB RAM) that this really ought not to be a problem. Yet it is, and it continues to be. And the problem can hardly be solved by further optimizations or by throwing yet more iron at it. The problem could be solved by turning on snapshot isolation.

Coming from a PostgreSQL background, I was quite surprised to find that snapshot isolation is not turned on by default in MS SQL Server. In Postgres it cannot be turned off (due to its multiversion concurrency control architecture). And why would you want to?

Suppose I have an EDI task that has to export shipping orders to a warehouse. In Exact, these orders can be found by querying the frhkrg table (with invoice header lines):

Besides the interesting table and column names, this select statement is straightforward enough. What caught me by surprise, as a long time PostgreSQL user, is that this transaction can be blocked by an innocuous update on the frhkrg table in a parallel transaction. Yes, with snapshot isolation off, writes can block reads, even if the the transaction does not even require repeatable reads.

This behaviour is easy to replicate:

With the test data set-up, it’s easy to lock a read operation:

As long as transaction WRITE1 is open, mosts selects will be blocked (except one, which uses the index exclusively):

One trick that can be glimpsed from this example is that you can use indices to bypass locks, but only to the extent that you’re not trying to select a row that is currently being locked. The following doesn’t work when WRITE1 is open:

Another possibility to partially work around aggressive locking is to use the table-hint READPAST:

But, as you can see, this is limited in its applicability, since the locked row won’t be included in the results, which may or may not suit you.

It will make your life as a developer a lot easier to simply turn on snapshot isolation. In PostgreSQL, you don’t have to, because as I mentioned earlier: it won’t allow you to turn it off. But, in MSSQL, you really do have to. Yes, you do.

Welcome, MSSQL users, in the wonderful world of snapshot isolation! Now, let’s open WRITE1 again and retry READ1 and we’ll see that something wonderful has happened: we were able to read the data, including the row that was at that moment being updated.

Finally, a quick word of advice: if you’re at the start of a new project and not yet stuck with a particular database legacy, I would recommend looking into PostgreSQL first. Changes are, you won’t ever look back. In a future article, I may go into the reasons why.

Previous Unable to sign out from 'portal.office.com' is not considered a security issue Next How to make an Amazon button do your bidding